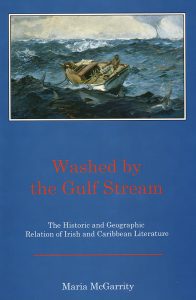 This is an historically comparative postcolonial study asserting the dialogic relation between Irish and Caribbean narrative form, relating Irish Big House and Caribbean Plantation novels, the “errantry” of Joyce’s and Walcott’s epic geographies, and the transition from traditional bildungsroman modes of exile to contemporary memoirs of “diseased” emigration. The book focuses on the demise of empire and the role of geography in creating an “island imaginary” for writers from James Joyce and Jean Rhys to Jamaica Kincaid and Frank McCourt. The complex interplay of cultures that makes up both Ireland and the Caribbean, the islands they inhabit both literally and metaphorically, ensures that neither peoples nor cultures exist in anything less than a “meta-archipelago.” The links in these chains of islands and peoples, dispersed geographically, economically, and politically, connect strongly, not simply throughout the North Atlantic but throughout the larger diasporic world.

About the Author
Maria McGarrity is an associate professor of English at Long Island University in Brooklyn, New York.