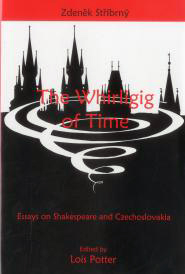 Zdenek Stríbrný, an internationally respected Shakespeare scholar, was Professor of English and American Studies at Charles University, Prague, until the Russian occupation of 1968. He was reinstated after the “Velvet Revolution” of 1989. This volume, prefaced by a new autobiographical introduction, collects papers on Shakespeare, most of which were written originally in English, from various periods of his eventful career. Their two main themes are the role of Time and the Czech critical and theatrical response to Shakespeare, with special emphasis on the various ways in which, during an era of censorship, productions offered coded political readings of the plays.

About the Author
Zdenek Stríbrný is Professor Emeritus of English and American Studies at Charles University, Prague.

About the Editor
Lois Potter is Ned. B. Allen Professor of English at the University of Delaware.