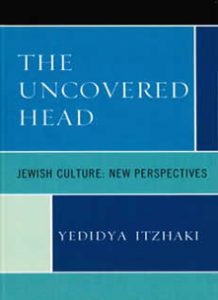 What is it that has turned Jewish identity, the product of such a long history, into a problem that has been troubling the minds of Jewish thinkers and Hebrew authors for over two hundred years now? Is it true that the core and substance of Judaism is the Jewish religion? Is a religious Jew ‘more Jewish’ than a non-religious one? Is it the case that only the Orthodox have held the line, preserving the continuity of Judaism from its origins to the present day? If so, what is Reform Judaism? What is Conservative Judaism? How are the Jewish and the Israeli identities related? And what interrelationships tie Israeli and Diaspora Jewry together? Can there be such a thing as secular Judaism? And if there can, how does it—how can it—function?

These are the questions driving this challenging and deep-ranging book. Each receives a lucid, thoughtful and compelling answer from a committed secular humanist Jew. In the author’s mind are the many Jews, and others, who want to be clear in their own minds what it means to be both Jewish and secular in today’s world. Surveying the evolution of the Jewish people, and its culture and thinking, from the vantage point of contemporary secularism, this book describes the momentous results of Jewry’s encounter with European humanism. It traces how, over the past two-and-a-half centuries, pluralism and secularism first took hold in the Jewish world and then steadily expanded until they are now, respectively, the dominant feature and the driving force in contemporary Judaism.

About the Author
Yedidya Itzhaki is an architect as well as a researcher and lecturer in Hebrew literature and Jewish studies at Bar Ilan University and at the Zefat College in Israel.