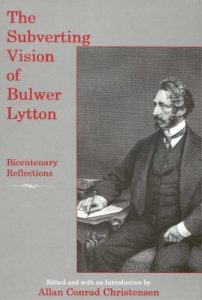 While the first essay in this collection analyzes the factors that caused Bulwer to be so highly regarded in his own day, the others deal with one of more of Bulwer’s novels, which are related to the contemporary cultural context in Britain and Europe as well as to more recent critical theories. They consider Bulwer’s England and the English, his history of Athens, his career as colonial secretary, and the crucial matter of his relationship with his wife. Although the essays are organized in terms of individual perspectives, a certain consensus emerges as they define various senses in which Bulwer is, as the title suggests, a subversive writer. The book therefore proposes both the complexity and the coherence of Bulwer’s achievement. He is a figure that needs to be revalued in our continuing efforts to interpret the Victorian age. Illustrated.

About the Editor
Allan Conrad Christensen is Professor of English at John Cabot University in Rome.