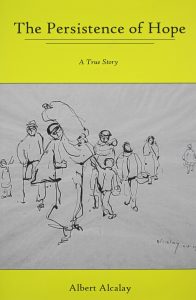 This is the personal saga of a young Yugoslavian artist who, well aware of the Nazi danger from its earliest days, was drafted into the Yugoslav army and taken prisoner of war. Released from the work camp because of his personal courage, Alcalay returned to Nazi-occupied Belgrade where German reprisals caused the execution of over one hundred Jews. Despite the dangers, he and his family began a journey of escape that led them in various directions until an Italian family saved them. He survived to flourish in postwar Rome as a prominent member of a successor generation to the great Jewish Emotionalist movement that included Soutine, Pascine, Modigliani, Zadkine, and Chagall.

About the Author
Albert Alcalay is retired from Harvard University.