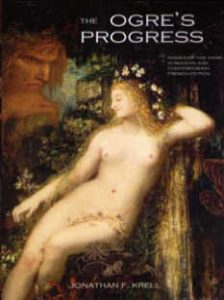 This book examines how modern French fiction writers have appropriated the ogre figure in order to evoke violence in all its voracity, as well as destructive time, which eats away the moments of our lives as the prototypical ogre of Western literature, Cronus, who devoured his own children. The ogre is a ubiquitous figure that appears not only in mythology and literature, but in real life. For French authors haunted by the horrors of World War II, it symbolizes the abominations of the Nazis and their French collaborators, whose memory has been rekindled in recent years, initiating a national malaise that historians have come to call the “Vichy Syndrome.” For other writers, the ogre is the sexual deviate who preys upon the innocent. This ogre too has roots in recent history: it began to appear in the 1970s, coinciding with the rise of French feminism, when violence towards women and children finally began to be openly confronted.

About the Author
Jonathan F. Krell teaches modern and contemporary French literature and business French at the University of Georgia.