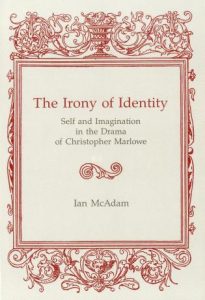 This study recognizes Marlowe’s psychological instability or uncertainty, analyzed as a version of preoedipal narcissistic pathology. McAdam illustrates how two fundamental points of destabilization in Marlowe’s life and work-his subversive treatment of Christian belief and his ambivalence toward his homosexuality-clarify the plays’ interest in the struggle for self-authorization.