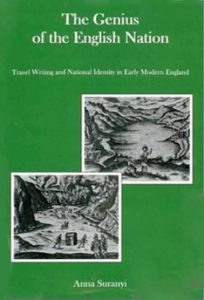 Travel literature was one of the most popular literary genres of the early modern era. This book examines how emerging concepts of national identity, imperialism, colonialism, and orientalism were worked out and represented for English readers in early travel and ethnographic writings. Using insights from a variety of scholarly fields such as history, anthropology, and literary studies, Dr. Suranyi analyzes recurrent cultural stereotypes used by English travelers to describe continental Europe, Ireland, and the Ottoman Empire. For such writers, the most important criteria for evaluating countries were civility and barbarism. These were represented through depictions of cultural traits such as foodways, cleanliness, the roles of women, or even the ascription of gender to countries. This book will contribute to the growing interest in travel and ethnographic literature and in the intersection of cultures. In addition, this study presents new evidence for the emergence of nationalism in the early modern world.

About the Author
Anna Suranyi is Assistant Professor of History at Northeastern University in Boston.