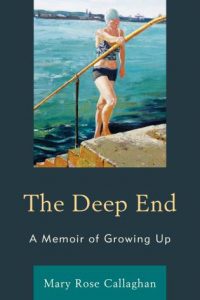 About the Author
Mary Rose Callaghan is an Irish novelist and biographer.