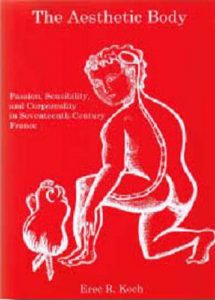 This interdisciplinary study traces the radical changes that occurred in the understanding of the biological body and of human incarnation beginning in the first third of the seventeenth century. It is the first to examine the importance of that new corporeality in the determination of sensibility and passion in French culture of the seventeenth century. This study analyzes the development and deployment of the aesthetic body—that is, in its full etymological sense, a body whose principal function is the generation of affectivity—through an opening chapter on physiology to chapters on four major senses (sight, hearing, taste, touch). The study traces the intervention of the aesthetic body in representative cultural discourses: ethics, theatrical spectacle, rhetoric, artistic and moral judgment of “taste,” and sociopolitical anthropology.

About the Author
Erec R. Koch is Professor of French at the University of Tennessee.