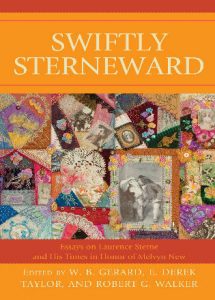 These thirteen essays have been collected to honor Melvyn New, professor emeritus, University of Florida, and are prefaced by a description of his scholarly career of more than forty years. Suggesting the wide-range of that career, the first eight essays offer various critical perspectives on a diverse group of eighteenth-century authors. Laurence Sterne, the primary focus of Professor New’s scholarship, is the focus as well of the final five essays. Joseph G. Kronick takes the battle of the books as a starting point and provides a reading of Eliot in the shadow of Pope that reveals the fate of poetry to be a perpetual struggle with its modernity. E. Derek Taylor discovers an ironic allusion between two of Gainsborough’s final paintings that invites the viewer to consider the ways that each painting both complicates and enhances the other, in a fashion similar to the ironic strategy of the final two chapters of Sterne’s Sentimental Journey. Robert G. Walker traces the importance of the now vilified practice of casuistry in Samuel Johnson’s thought and writings. Taylor Corse illuminates Smollett’s treatment of the traffic in human lives in “Slavery in Roderick Random.” James E. May provides a detailed bibliographical study of George Lyttelton’s To the Memory of a Lady Lately Deceased.

Two essays discuss Fielding’s Joseph Andrews. Martha F. Bowden argues that Fielding’s championing of Hoadly via Parson Adams is a clear indication that his own theology lay on the side of the radical latitudinarians. Eric Rothstein presents the narrator of Joseph Andrews as an agent for realism, allowing Fielding to enlarge our openness to a world frequently out of control, and so improve our chances of coping with it adaptively. The first eight essays end, as they began, with a comparison of an eighteenth-century writer with a more modern one: Frank Palmeri finds that Swift’s satiric critique of religious psychology overlaps with that of Nietzsche in all of its essential points. Taking up Sterne, Elizabeth Kraft brings together for reflection the eighteenth-century Christian author and the twentieth-century student of Cabbala, Gershom Scholem. Sterne’s influence on abolitionist discourse in American popular media between 1788 and 1831 is the subject of W. B. Gerard’s study. W. G. Day discusses what share Sterne had in authoring items for a newspaper letter quarrel at mid-century. Madeleine Descargues-Grant focuses especially on the instances in the Sternean corpus where the word “fragment” is used by the author as a primary identification. Finally, in a wide-ranging theoretical study, Donald R. Wehrs maintains “The Centrality of Sterne in the Culture of Modernity, or Melvyn New and the Rewriting of the West.”