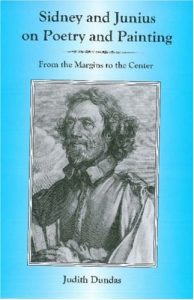 Franciscus Junius the Younger (1591-1677) is famous as virtually the founder of Germanic philology. But he also composed, at the request of the Earl of Arundel, whom he served as librarian, an influential treatise on the art of painting as it is viewed in ancient literature. We are fortunate to have his recently discovered marginalia to the works of Philip Sidney. It is the relationship between his treatise, The Painting of the Ancients (1638), and his Sidney marginalia that is the focus of the present book. Together, they offer a commentary on the familiar Renaissance analogy ut pictura poesis and the essential role of the imagination in both poetry and painting. Living close in time to Sidney (1554-1586), Junius provides an exceptional insight into the poet’s reception in the early seventeenth century.

About the Author
Judith Dundas is Professor Emerita of English at the University of Illinois.