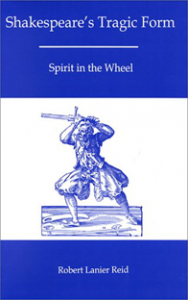 Since about 1960, when five-act division in Shakespeare’s plays was strongly disputed, most critics have focused on individual scenes rather than holistic form. This book argues for Shakespeare’s use of five acts, arranged in three cycles to form a 2-1-2 pattern. It also examines the role of multiple plots and centers of consciousness, especially in the festive comedies and romances. Additionally, it traces Shakespeare’s gradual mastery of the art of epiphany, compares it to Spenser’s complementary focus on transcendent reality, and traces in Macbeth the dark mode of Shakespeare’s dramaturgical pattern.