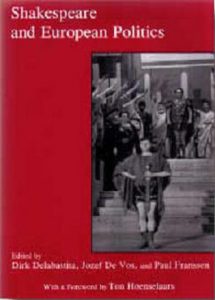 This collection offers a selection of papers presented at a conference held in Utrecht, the Netherlands. It reflects a new trend in Shakespeare studies: a tendency to study Shakespeare not just in his own historical or national contexts, but also as a cultural phenomenon with an international afterlife, transmitted in a variety of languages, first of all in Europe. The volume explores how, for 400 years, Shakespeare has played a major role in a European framework, particularly where political events and developments were concerned, such as the early modern wars of religion, the emergence of the nation state, the two World Wars, the process of European unification, the attack on the World Trade Center, and Britain’s participation in the Iraq war.