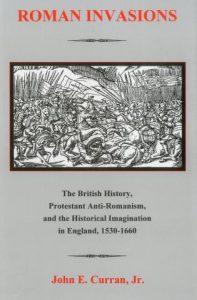 This book describes how the Renaissance understanding of ancient Britain remained affected by medieval conceptions. The reason for this remaining medievalism was that the tradition based on Geoffrey of Monmouth became so relevant to Protestant patriotism that a great many Protestant English writers clung to it or were influenced by it despite its evident historical inaccuracies. Drayton, Spenser, Shakespeare, and Milton figure prominently, but a wide range of authors is considered.