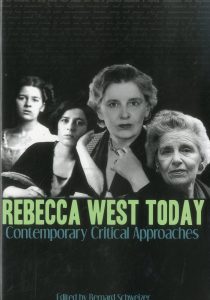 Rebecca West is currently enjoying a long-overdue and sustained revival. The contemporary relevance of her ideas about gender relations, nationalism, warfare, cultural identity, art, and religion is startling and revealing. In an article on West’s Survivors in Mexico (2003), Richard Dyer of the Boston Globe put it this way: “It is a good thing that new writings of Rebecca West continue to appear; we still need her, permanently.” We also need new scholarship to keep up with the increased demand for critical engagements with the vast and richly diversified body of West’s literary production. Rebecca West Today, the first-ever collection of essays on this prolific writer, employs cutting-edge as well as more traditional methodological approaches, ranging from historicism to gender studies, to textual analyses, to philosophical engagements. The book also contains a useful section on teaching the works of Rebecca West.

About the Editor
Bernard Schweizer is an Assistant Professor of English at Long Island University.