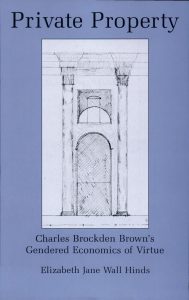 This book describes Charles Brockden Brown’s novels in their Federalist-era context, exploring the dual roles of economics and gender that were changing in the 1790s alongside the growing U.S. market-capitalist economy. Hinds argues that Brown’s works both recorded and contributed to this shifting ideology.