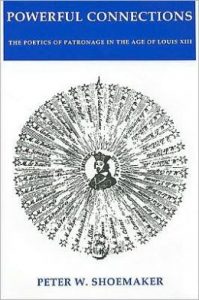 Powerful Connections is a reappraisal of the role of patronage in seventeenth-century French literary culture. By focusing on the networks of personal relationships in which writers were enmeshed, Shoemaker provides a corrective to the dominant theoretical accounts of representation and power during this period, which have tended to focus narrowly on the figures of the king and the absolutist state. The intensely personal character of patronage, he argues, had a profound impact on the deep rhetorical structures of seventeenth-century literary discourse. The tools of public oratory were of little use to a writer. What he/she needed, rather, was a fine sense of tact and a sensitivity to the subtleties of relationships between individuals. Letters, poems, novels, and plays from the works of Jean-Louis Guez de Balzac, Théophile de Viau, Charles Sorel, and Pierre Du Ryer, among others, are situated with a broad interdisciplinary context that includes the visual arts and dance.

About the Author
Peter Shoemaker is Assistant Professor at the Catholic University of America.