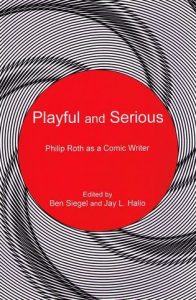 Few contemporary American writers have stirred the minds and emotions of their readers as Philip Roth has done. Even fewer writers have excelled in various forms of the comic as Roth has for over a half-century. Playful and Serious assembles a group of outstanding Roth scholars and critics who focus their attention on the different ways Roth brings his comic tendencies to bear on essentially serious topics. The term “comic” is used in the broadest sense to include humor, irony, satire, comedy, black comedy, and their variations. As co-editor Ben Siegel points out, Roth’s special humor often appears to grow “more surrealistic and obsessive, as in each new fiction he tries not merely to surpass the daily news but to touch what is deeply private and dark in the modern psyche.” In the process, he targets “his society’s most deeply embedded pieties and hypocrisies, enthusiasms, and lunacies.” This collection takes account of the majority of Roth’s works, beginning with some of his earliest stories and ending with several of his most recent novels. It also includes an account of several relatively neglected works, such as “Novotny’s Pain” and “On the Air,” but the essays in this volume deal mainly with the major works of fiction.