University of Delaware Press
by Alexander Shurbanov and Boika Sokolova 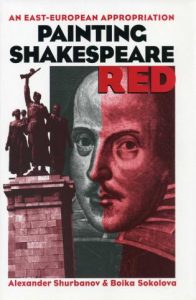 This study deals with the appropriation of Shakespeare for the needs of communist ideology. While primarily concentrating on the uses of his dramatic work in Bulgaria, it places his experience in the East-European context. The bulk of the book is devoted to an analysis of the complex interplay between oppressive ideological criticism and theater practice. It shows how Shakespeare in the theater gradually managed to escape the constraints of ideology and became a strong oppositional voice. Illustrated.