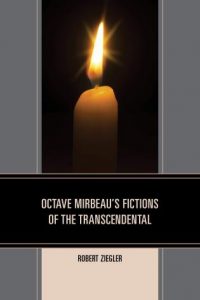 Political firebrand, tireless reformer, champion of the avant-garde, Octave Mirbeau embraced his role as disturber of the peace. Inspired by Kropotkine and Dostoyevsky, Mirbeau became the social conscience of the era, speaking in a clear voice to impugn capitalist ideology, to defend the cause of the worker, the child, the pauper, the prostitute, and the soldier sacrificed as cannon fodder.Mirbeau’s critiques of society seethe with indictments of indoctrinating agencies: the family, which stifled the child’s freedom and expressive creativity, the school, which besotted students with the aridity of its curriculum, the army, which privileged patriotism over the sanctity of life, the church, which sanctified suffering, perverted instinct, and alienated the faithful from nature. Yet Mirbeau shared the admiration of fin-de-siècle zealots for the pariahs, tramps, and beggars rehabilitated in the Scripture. The personal trials of the misbegotten became an insignia of election. Those marginalized by society experienced damnation here below yet had glimpses of the bliss they hoped might await them somewhere higher.Yet it was not just in the less fortunate that Mirbeau sought evidence of the supra-rational. Generally neglected by critics, Mirbeau’s interest in the unknown and the inexpressible informed virtually all of his writing and helped shape his views on artistic work and political struggle.

For this reason, this study sets out to analyze the spiritual politics of the author. As Mirbeau was becoming involved in the escalating controversy over the Dreyfus case and cementing his alliance with prominent anarchists, he was also undergoing a uniquely personal spiritual evolution. Here this volume breaks new ground, exploring the author’s secular metaphysic, charting his investigation of the spiritually transfiguring experience that redeems man’s desolate existence. What begins as Mirbeau’s indictment of Catholicism’s death-glorifying ethos, his attempt to find refuge from life’s pain in the blessedness of Nirvana, becomes a pursuit of mystical diffusion into the community of others. Showing how Mirbeau controverts the existence of a Christian god, this study argues that Mirbeau never abandons his exploration of life’s mysteries, apprehensions of the infinite that come from a refinement of his art and an identification with his brothers.

About the Author
Robert Ziegler is professor emeritus of liberal studies at Montana Tech of the University of Montana.