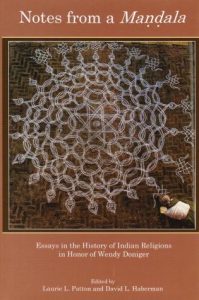 Notes from a Mandala gathers together current work in the history, ethnography and textual study of religions in honor of the career of Wendy Doniger. Its authors are a new generation of leading scholars whose work falls in the interstices between the traditional disciplines: gender studies; the history of sexuality; the role of textual study and translation in the early twenty-first century; the borders between myth and literature; and the place between ethnography and history of religions. Whether they are about history of religions, sexuality, politics, cross-cultural translation, or the slipperiness of categories, these essays honor a woman who has given many in the field a vocabulary for true scholarly conversation.

About the Editors
Laurie L. Patton is Charles Howard Candler Professor of Early Indian Religions at Emory University.
David Haberman teaches Hinduism in the Department of Religion at Indiana University.