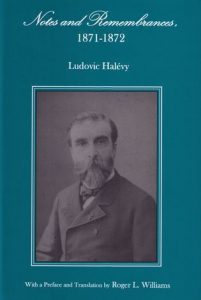 This is an eyewitness account of the brutal ending of the civil war in France in 1871; the military destruction of the Commune of Paris by the national government in Versailles; and the subsequent legal judgments rendered against the insurgents. Ludovic Halévy, better known as a librettist and novelist, was not only a gifted writer, but a practical note taker who carried a notebook and pencils everywhere he walked. He recorded the sights, sounds, and smells of those days, as perhaps only a man of the theater would have, providing a readable account not likely to be encountered in conventional histories. The special horror of civil war, and the irrational behavior of the crowd under such circumstances, has never been better portrayed. This is a book that will delight readers of popular history as well as students seeking the inside story.

About the Translator
Roger L. Williams is retired from the University of Wyoming.