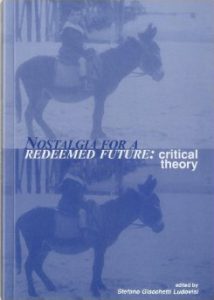 The book collects essays presented at the international conference on Critical Theoy, held at John Cabot University on May 22, 2008. The articles in this book stress the relevance to the present of the early stages of Critical Theory. On the one hand they aim at the recognition of the fundamental role played by such authors as Benjamin, Bloch and Lukacs in the shaping of Critical Theory. On the other hand they reaffirm the fundamental importance of the works of the first philosophers of the Frankfurt School (and in particular Adorno, Horkheimer and Marcuse) against the sometimes hasty consideration of their work as outdated. Each article focuses on specific social, political and aesthetic issues.