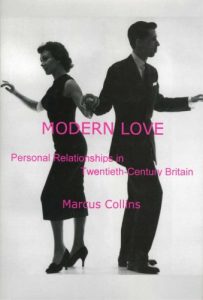 Private life has altered beyond all recognition during the past one hundred years. Britain in 1900 was emerging from a Victorian era in which prudery, patriarchal authority, and pettifogging rules of etiquette were widely perceived to have circumscribed relations between men and women. The twentieth century witnessed a reaction against this system of separate spheres spearheaded by reformers eager that the sexes become each other’s equals and intimates. Modern Love traces the trajectory of this new model of personal relationships over the course of the twentieth century, from its emergence out of the crucible of the suffrage campaign through its reshaping by the women’s liberation movement. It explores its impact on smut merchants, warring couples, and teenagers, as well as its reception by such diverse figures as Bertrand Russell and Germaine Greer. It draws on sources as varied as suffragette propaganda, banned sex manuals, marriage counseling literature and pin-up magazines.