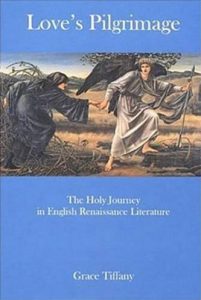 Love’s Pilgrimage explores literary adaptations of the Catholic pilgrimage in sixteenth- and seventeenth-century Protestant English literature generally, and pays specific regard to Spenser, Shakespeare, Donne, Milton, and Bunyan, each of whom deserve a chapter (two for Shakespeare). Its thesis is that while in the sixteenth century, during the early-to-middle stages of the English Reformation, conventional pilgrimages to saints’ shrines disappeared from English life (as did the shrines themselves), the imaginative importance of the pilgrimage persisted, and manifested itself in various ways in life and literature. Stephen Greenblatt has recently argued that Purgatory, banished from English faith, found an imaginative place on the Renaissance English stage. This book argues that pilgrimage did so as well, and found not only a place on the stage, but a place in poetry, essay, prose narrative, and, reconfigured in Protestant ways, in English commercial and religious life.

About the Author
Grace Tiffany is a Professor of Renaissance literature at Western Michigan University.