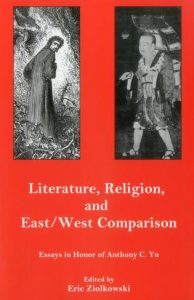 This book pays critical homage to the eminent comparatist of Chinese and Western literature and religion, Anthony C. Yu of The University of Chicago. Broadly comparative, cross-cultural, and interdisciplinary in scope, the volume consists of an introductory essay on Yu’s scholarly career, and thirteen additional essays on topics such as literary texts and traditions of varying provenance and periods, ranging from ancient Greece, medieval Europe, and nineteenth- and twentieth-century England and America to China from the classical to modern periods. The disciplines and areas of research that the essays draw into constructive engagement with one another include comparative literature, religion and literature, history of religions, (or comparative religion), religion and social thought, and the study of myth.

About the Editor
Eric Ziolkowski is Professor and Head of the Department of Religious Studies at Lafayette College.