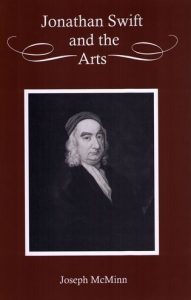 This is the first comprehensive account of Swift’s engagement with the arts in Ireland and England. It both documents and reflects upon his attitudes toward music, gardening, theatre, architecture, and painting, and suggests that, despite his often sceptical attitude towards the non-literary arts, he saw them as a rich source of inspiration and entertainment for both his poetry and prose. This study also opens up a previously neglected part of Swift’s biography, showing how his growing awareness of the “sister-arts” was deeply influenced by his social and political circles in both Ireland and England, especially by the rise of the virtuoso, the connoisseur and the art collector, most notably in the person of his close friend, Alexander Pope. In the wider context of the European Enlightenment, this study tries to account for Swift’s attitude toward the changing and expanding world of artistic and aesthetic appreciation.

About the Author
Joseph McMinn is Professor of Anglo-Irish Studies at the University of Ulster.