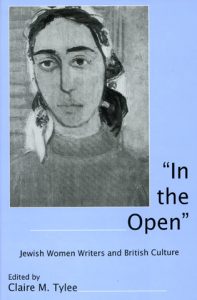 This collection consists of essays of writing by Jewish women in Britain, contributed by twelve scholars from the fields of contemporary British literature and Jewish Studies. Between them they cover a range of topics: popular fiction (including romances and lesbian fiction); the “Woman’s Novel”; multicultural literature; and post-Holocaust writing. The collection was specifically constructed to complement a set of essays edited by Jay L. Halio and Ben Siegel entitled Daughters of Valor: Contemporary Jewish American Women Writers (UDP). The authors under consideration here have an equally diverse relation to Judaism and Jewishness, yet they share a common concern with the communal history of persecution and survival. The introduction situates the collection among recent challenges to the canon of English literature that have shown how immigration by ethnic minorities has invigorated British culture, especially in relation to “Englishness.”

About the Editor
Claire M. Tylee is Senior Lecturer and Subject Leader in English Literature at Brunel University.