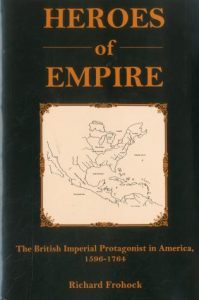 Over the past decade, literary scholars have become increasingly engaged with colonial studies and have fashioned various points of focus in their investigations of imperialist narratives, including the figure of woman, cannibalism, the romance of the first encounter, and the tropicopolitan. This book builds on existing work by offering a new focal point: the evolution of the British imperial hero in America from Sir Walter Raleigh’s Discoverie of . . . Guiana (1596) to James Grainger’s The Sugar Cane (1764), with concentration on narratives produced between the year of Cromwell’s Western Design (1655) and the British raid on Cartegena (1741). Each individual chapter isolates a distinct type of colonial hero, furnishing examples from a wide variety of narratives, including some nonfiction essays and tracts, but chiefly novels, plays, and poems. These protagonists, who possess widely differing qualities and virtues, illustrate the shifting apologetics and ideological structures that undergird empire in the eighteenth century.

About the Author
Richard Frohock is an Associate Professor at Oklahoma State University.