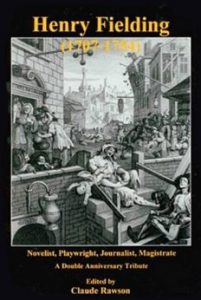 This collection, to which many of the world’s leading authorities on Fielding have contributed, contains papers on all the major aspects of his work and life, as one of the great early masters of the novel, as England’s best-known playwright in his day, as a political journalist and activist, and as a social thinker and magistrate. The important new scholarship assembled in this volume is designed as a tribute to Fielding on the two hundred fiftieth anniversary of his death in 1754 and the tercentenary of his birth in 1707.

About the Editor
Claude Rawson is Maynard Mack Professor of English at Yale University.