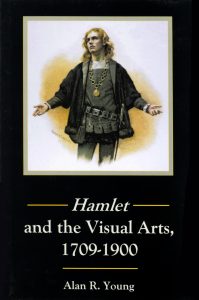 This book examines the manner in which Shakespeare’s Hamlet was perceived in the eighteenth and nineteenth centuries and represented in the available visual media. The more than 2,000 visual images of Hamlet that the author has identified both reflected the critical reception of the play and simultaneously influenced the history of the ever-changing constructed cultural phenomenon that we refer to as Shakespeare.