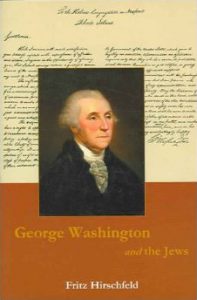 This volume explores the background and circumstances that brought about a milestone relationship between George Washington and the Jews. President George Washington was the first head of a modern nation to openly acknowledge the Jews as full-fledged citizens of the land in which they had chosen to settle. His personal philosophy of religious tolerance can be summed up from an address made in 1790 to the Hebrew Congregation in Newport, Rhode Island, where he said “May the Children of the Stock of Abraham, who dwell in this land, continue to merit and enjoy the good will of the other inhabitants, while every one shall sit in safety under his own vine and fig tree, and there shall be none to make him afraid.” Was it Washington’s respect for the wisdom of the ancient Prophets or the participation of the patriotic Jews in the struggle for independence that motivated Washington to direct his most significant and profound statement on religious freedom at a Jewish audience?

About the Author
Fritz Hirschfeld is a documentary historian.