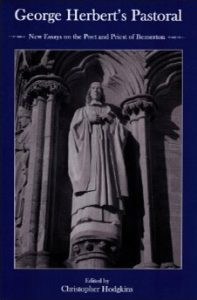 As poet and as country parson, George Herbert engaged the pastoral in all of its varied senses. In October of 2007, many of the world’s leading Herbert scholars met at Sarum College in Salisbury, England to locate Herbert’s pastoral life and writings more particularly in early Stuart Wiltshire. They explored the relations between the pastoral locale of Herbert’s last years (1630-1633) in nearby Bemerton and the themes, images, and tenor of his writing. How did the specific country place, time, and people shape the life and work of this especially lyrical country priest? The fourteen essays in this collection address Herbert’s pastoral poetry and practice, cast new light on his actual relations with specific local personalities and places, make fresh connections to the inward biblical and liturgical spaces of his work, consider his outward links to garden and pasture, and discover fictional and theological reverberations beyond Herbert’s local, pastoral world.

About the Editor
Christopher Hodgkins is Professor of English at the University of North Carolina-Greensboro.