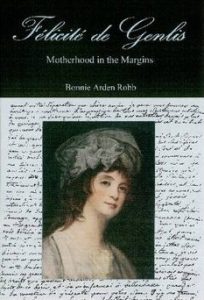 This book examines the way in which French writer/educator Félicité de Genlis theorized the maternal role in her works, as well as the manner in which she lived out her own maternity. Illuminating her construction of a politics of motherhood that contributed to her marginalization, the book studies her controversial self-referentiality and investigates the relationships between her life and her works, between her extreme productivity and debated creativity, and between socially endorsed maternal roles and the less conventional manifestations she presented and invested with virtue in her writings. It also considers the originality of her literary matriarchy, analyzing her theory and practice of marginal genres and generic innovation. Exploring Genlis’s religious beliefs and the relationship she sought to establish between the maternal and the divine, it contends that her religion, which inspired the anti-philosophie that long removed her from the cultural mainstream, paradoxically positions her as progressive in the Enlightenment querelle des femmes.

About the Author
Bonnie Arden Robb is Associate Professor of French at the University of Delaware.