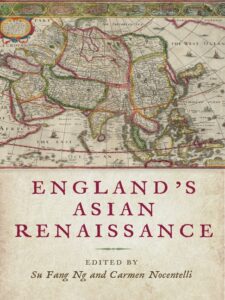 Su Fang Ng is a Professor of English and the Clifford A. Cutchins III Professor at Virginia Tech in Blacksburg. She is the author of Literature and the Politics of Family in Seventeenth-Century England and Alexander the Great from Britain to Southeast Asia: Peripheral Empires in the Global Renaissance.

Carmen Nocentelli is an Associate Professor of English and Comparative Literature at the University of New Mexico in Albuquerque. She is the author of Empires of Love: Europe, Asia, and the Making of Early Modern Identity, which won the Aldo and Jeanne Scaglione Prize in Comparative Literary Studies from the Modern Language Association and the Roland H. Bainton Prize from the Sixteenth Century Society and Conference.