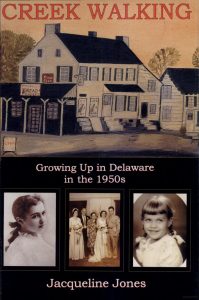 This is both the story of a little girl growing up in Christiana, Delaware, in the 1950s and the history of an American crossroads. Wedged between two dramatically different extended families, she tries to make sense of the social signifiers that crosscut even this tiny village in New Castle County—differences between blacks and whites, men and women, Presbyterians and Methodists, migrants from Appalachia and migrants from New England, and members of the business class and the working class. In the process she chronicles a series of economic and social changes that span the last four hundred years—the transformation of Native-American hunting grounds into a colonial port on the busy Christina River; the decline of that port when it was bypassed by canals and railroads; and finally, the emergence of a thriving service and consumer economy in early twenty-first-century northern Delaware.

About the Author
Jacqueline Jones is Walter Prescott Webb Chair in History and Ideas and Mastin Gentry White Professor of Southern History at the University of Texas at Austin, United States.