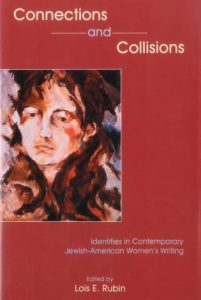 This anthology of scholarship on Jewish women writers is the first to focus on what it is to be a woman and a Jew and to explore how the two identities at times support each other and at times act in opposition. Essays on Nora Gold, Tova Reich, Rebecca Goldstein, and Allegra Goodman discuss the “collision” that these authors’ characters experience between their feminist aspirations and Jewish tradition. Conversely, essays on Marge Piercy, Grace Paley, Joanne Greenberg, Irena Klepfisz, and Starhawk describe how the characters of these authors work out their tensions with Judaism and reclaim Jewish history, spirituality, and ethical teachings. The collection is part of an emerging scholarship that reflects the tremendous output of writing by Jewish women since the second wave of the women’s movement in the 1970s. In addition, it reveals a current trend to integrate study of various aspects of identity, such as ethnicity and gender, and in so doing generate more insight about each.