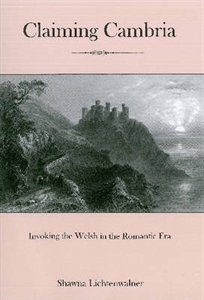 This book investigates the cultural impact of late eighteenth- and early nineteenth-century portrayals of Wales and the Welsh. During the Romantic era Welsh history was invoked by both English and Welsh writers in order to define the role of Wales in British culture, but the nature of that role was a matter of active debate. Some representations of the Welsh sought to memorialize the Welsh past while insisting on the irrelevance of continuing to distinguish between Welsh and English culture. This negotiation between groups who use history as a way of eulogizing the past and those who want to connect active communities with an identifiable (if often fictitious) past marks two different approaches to historiography in the Romantic era, and has implications that reach beyond Wales.

About the Author
Shawna Lichtenwalner is an Assistant Professor at East Tennessee State University.