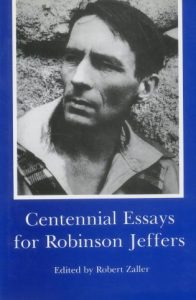 This work is the first volume of critical essays devoted to the poetry of Robinson Jeffers. Although Jeffers was likened to some of the greatest figures in the literary world, his work was controversial. His preoccupation with violence and sexuality was denounced by some, his alleged blasphemy by others. Condemned by moralists, Marxists, and Cold Warriors alike, Jeffers fell into obscurity until his death in 1962. Included are nine original essays by leading Jeffers scholars.