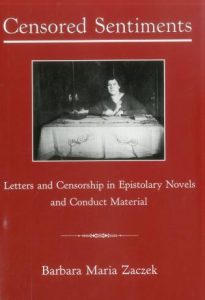 Censored Sentiments offers a new perspective on women as letter writers and on the eighteenth-century increase in, and subsequent decline of, epistolary fiction by tracing forms of censorship that affected female letters in England, France, Italy, and America.