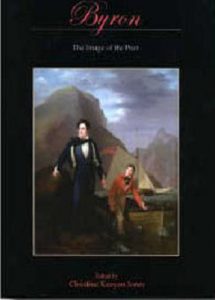 The fame of the Romantic poet Lord Byron rests not only on his work but also on the way he looked and the way he was portrayed during his lifetime and after his death. Originating in a conference held at the National Portrait Gallery in London, this is the first collection of papers to be published on the visual aspects of Byron and Romanticism. Topics explored include Byron’s relations with the artists who portrayed him and those who commissioned portraits of him (including his publisher); his self-image and its expression in his work; the way in which his features were used in illustrations of the heroes of his poems; his role in early forms of modern celebrity visual culture such as prints, caricatures, medals, and other forms of memorabilia; the way he has been represented on screen; and his role as a political icon. Illustrated.

About the Editor
Christine Kenyon Jones is a Research Fellow in the Department of English at King’s College London, University of London, and a member of the Executive Committee of the London Byron Society.