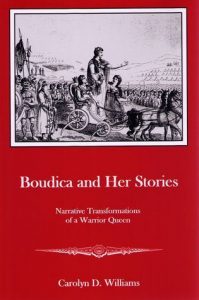 This book begins with a study of the few ancient texts which provide the source material for all subsequent accounts of the seventh-century British queen Boudica and her ferocious yet ultimately unsuccessful rebellion against the Romans. It shows how their information was assembled over centuries to create the entity we know as Boudica as an individual, including her appearance, personal ties and home life. It follows by discussing their opinions on the atrocities she suffered and committed, their assessment of her fitness for command and chances of victory, and the spiritual, political and national implications of her rebellion, concluding with a brief examination of ways in which writers have invited others to share her story. Are her metamorphoses without limits, governed solely by the requirements of individual authors, or variations on a distinctive theme, generated by a flexible yet enduring narrative pattern?

About the Author
Carolyn D. Williams is a Senior Lecturer in the Department of English and American Literature, University of Reading.