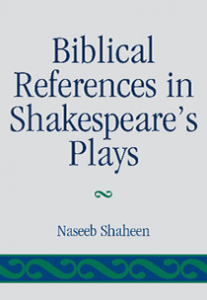 The Bibles that Shakespeare knew, however, were not those that are in use today. By the time the King James Bible appeared in 1611, Shakespeare’s career was all but over, and the Anglican liturgy that is evident in his plays is likewise one that few persons are acquainted with. This volume provides a comprehensive survey of the English Bibles of Shakespeare’s day, notes their similarities and differences, and indicates which version the playwright knew best. The thorny question of what constitutes a valid biblical reference is also discussed.

This study of Shakespeare’s biblical references is not based on secondary sources. The author owned one of the world’s largest collections of early English bibles, including over one hundred copies of the Geneva bible and numerous editions of other Bibles, prayer books, and books of homilies of Shakespeare’s day.

Biblical References in Shakespeare’s Plays is considerably broader in scope than any other study of its kind and provides the scholarly checks and balances in dealing with the subject that previous studies lacked.

About the Author
Naseeb Shaheen (1931-2009) was professor of English literature at the University of Memphis, Tennessee and an internationally known authority on Shakespeare.