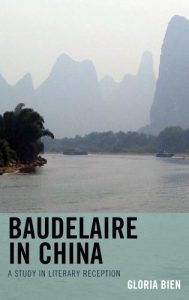 Baudelaire’s work entered China in the twentieth century amidst political and social upheavals accompanied by a “literary revolution” that called for the overthrow of classical models and modes of expression to be replaced by vernacular language and contemporary content. Chinese writers welcomed their meeting with the West and openly embraced Western literature as providing models in developing their “new” literature. Baudelaire’s reception in China provides a representative study of this “meeting of East and west.” His work, which has been declared to stand between tradition and modernity, also lies at the intersection between classical and modern literature in China. Many of the best known and most highly regarded writers in twentieth-century China were drawn to Baudelaire’s work, and some addressed it directly in their own writings. Bien draws upon H.R. Jauss’s theory of the shifting and expanding horizons of expectation in the reading and interpretation of a literary work, and upon James J.Y. Lin’s notion of “worlds” received and created by both author and reader, to show how poetic lines, images, and ideas, as well as Chinese critics’ comments, eventually weave into a rich picture of Baudelaire’s reception in China.

About the Author
Gloria Bien is professor of Chinese in the Department of East Asian Language and Literature at Colgate University.