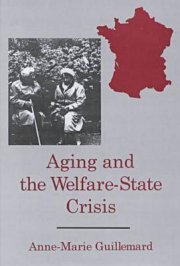 A historical-sociological viewpoint, which examines the making of policies on aging in France over a century (late nineteenth century to the present), is examined in this book. This case study presents an attempt to understand the formulation of social policies better by studying the long-range interplay between the state and various social forces. This book is the third in the series The Family in Interdisciplinary Perspective.