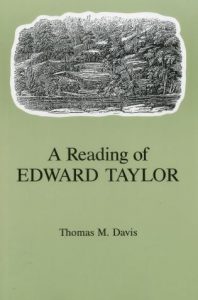 This work examines the subtle changes in Taylor’s attitudes toward the nature and purpose of his poetry, particularly in Series 1 of the Preparatory Meditations. Davis argues that Gods Determinations is the poem in which Taylor becomes a poet. The early poems in Series 1 exhibit an exuberance and joy prompted by Taylor’s attempts to praise God. However, the death of Taylor’s wife and his sense of sin and partial estrangement from God make the Meditations more sombre.