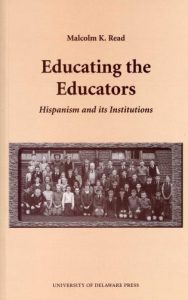 Educating the Educators consists of two narratives. The first discusses the paradigmatic shifts that have taken place within British Hispanism in response to the historical development of capitalism, through its competitive, monopolistic, and global stages. At the ideological level, these shifts correspond to the transformation of the traditional intellectual into a state functionary and, ultimately, into a technician or “expert,” totally subsumed under capital and charged with the management of “cultural studies.” Running alongside, and locked into, this first narrative is a second, which, in the form of three autobiographical essays, traces the author’s long trek from his childhood origins in a working-class family, through the institutions of education—and the experience of embourgeoisement—to his attempts, within the Australasian, Caribbean, and North American academies, to retrieve the legacy of socialism. These two narratives are brought into symbolic relation through a theory of ideological production that explores the radicalizing effects of contradiction and conflict within the otherwise unconscious reproduction of social relations.

About the Author
Malcolm K. Read is Professor of Hispanic Studies at the State University of New York at Stony Brook.